Song of the Sandhill 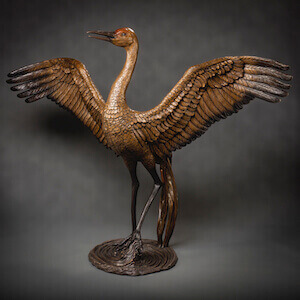 A beautifully detailed, life-size portrayal of the famed sandhill crane, a bird species which makes it way through central Nebraska each Spring. The sandhill cranes’ yearly stopover in Nebraska is so noteworthy, it has been documented by the National Geographic as “one of the world’s last great migrations.”

Each year 80% of Earth’s sandhill crane population leave their homes in Mexico, Texas, Oklahoma and Florida to migrate through Nebraska, where approximately 600,000 of them rest and refuel along a narrow, 75-mile stretch of the Platte River. After their two month conquest of the Platte, the birds continue their journey to their arctic and subarctic Spring nesting grounds.

Jonson’s finely crafted bronze sculpture reveals the grace, strength and majesty of the crane, while simultaneously evoking their distinctive “dance” and rattling call. This iconic sculpture captures both the spirit of the cranes and the complex details of their anatomy. The first casting enhances the south entrance to Kearney, Nebraska (called “Sandhill Crane Capitol of the World”) and the second will be on display through May 2021 in Sioux Falls, SD. 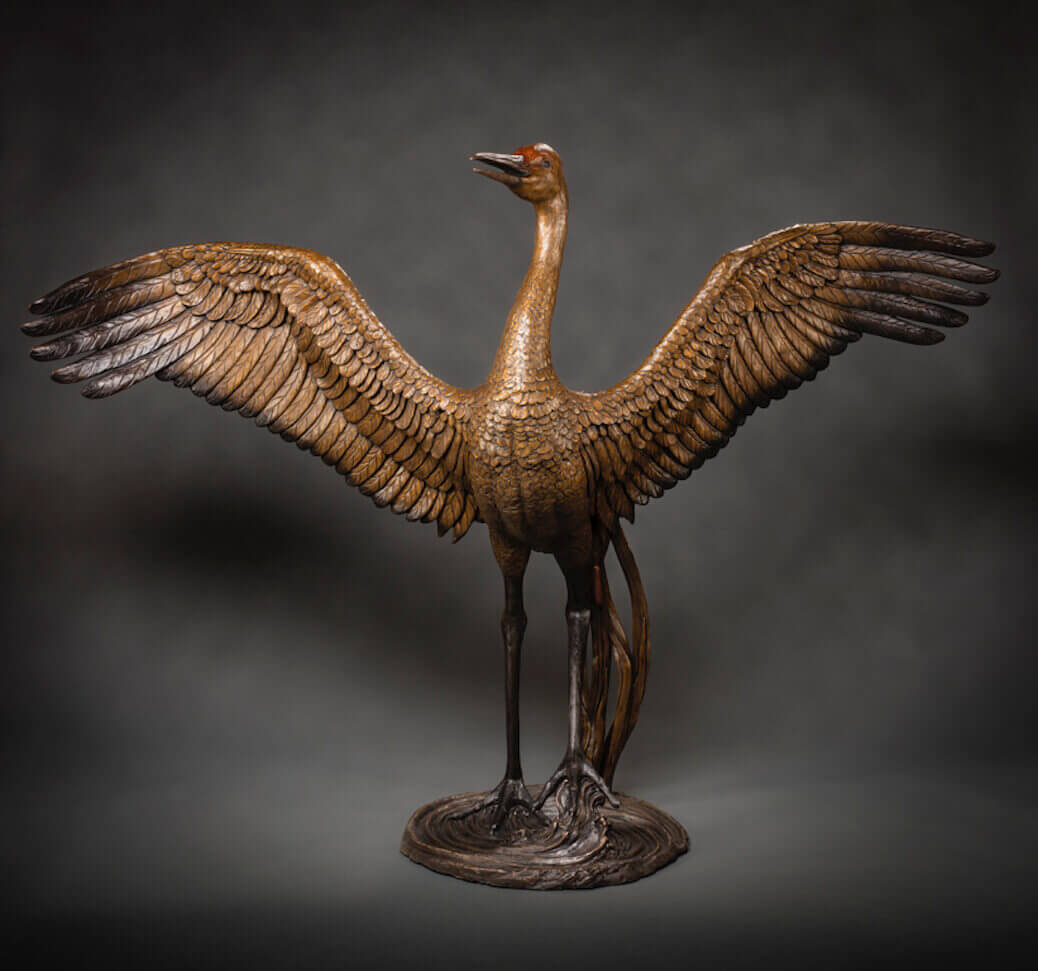 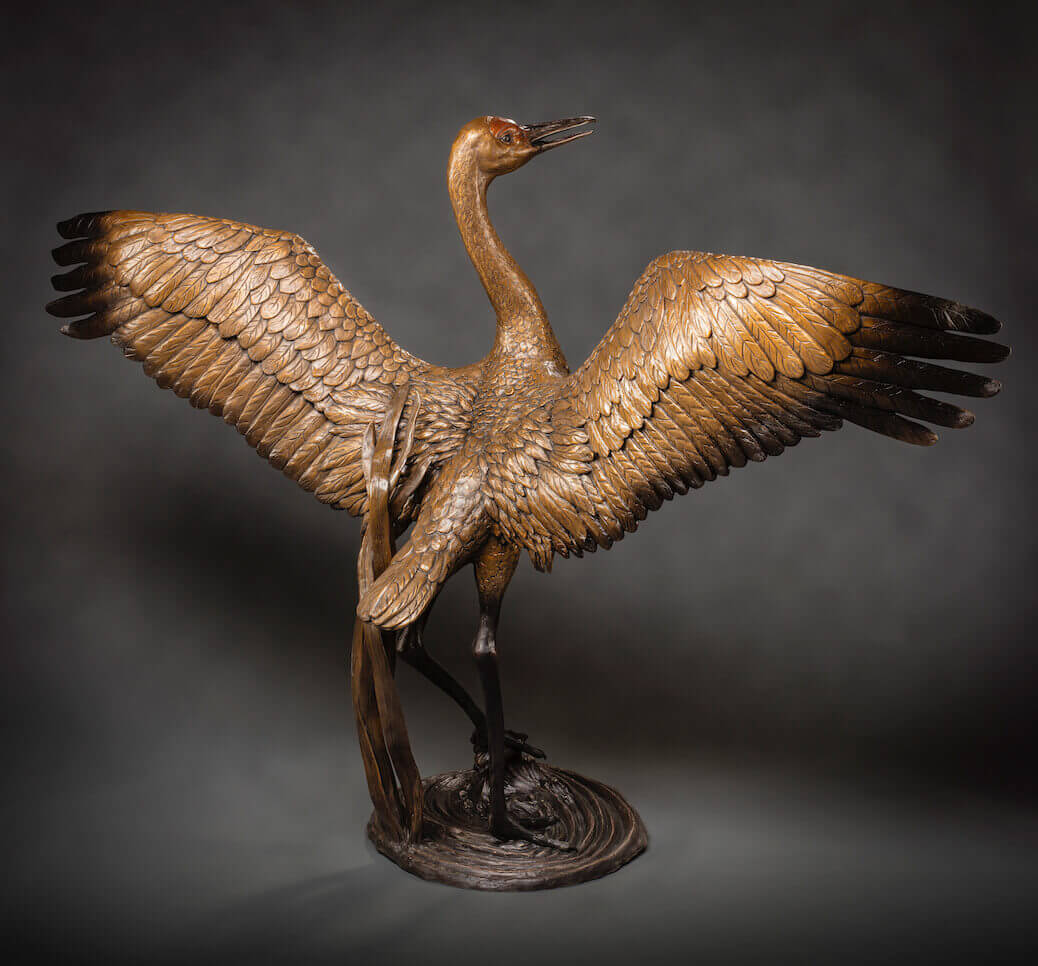 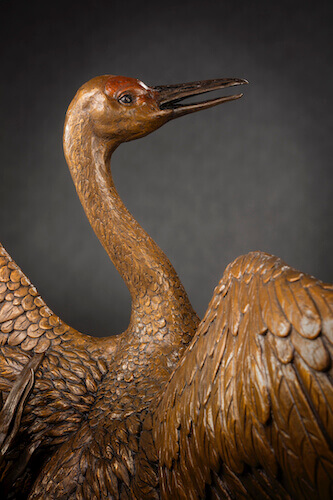 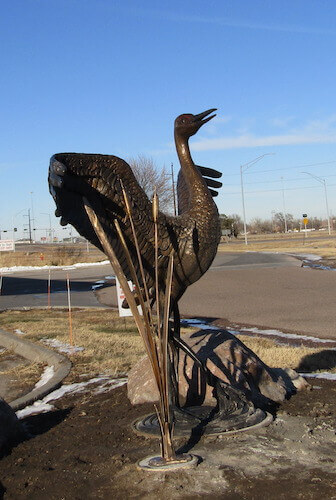 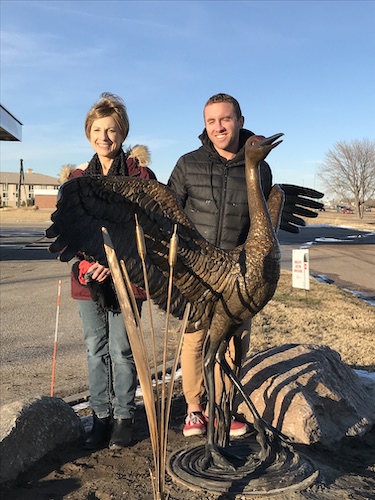 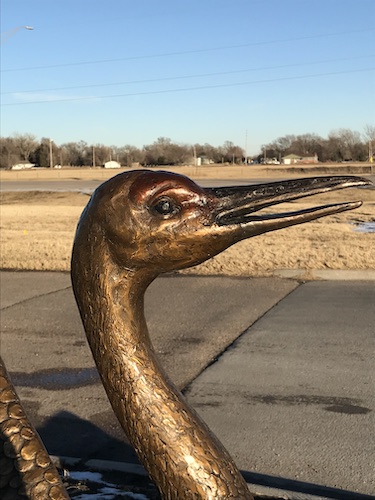